Levels are the separate areas that the Mickey launcher can load.

How to load levels

Epic Mickey has a property called “ShowDevLevelLoad” in ConfigFiles.ini that is assumed add an option to access a level select screen on the game’s menu like it does on the PC version of Epic Mickey 2. Sadly, toggling this option causes no changes to take effect and there is no known method of getting this to work, so a more roundabout method must be used to load levels.

A tool exists that can easily create Riivolution patches for Epic Mickey. It can be used to generate custom cmdline.txt files, so instead of booting into the menu, the game will instead boot into the specified level. It is completely web based, so no programs are required to be installed. The Riivolution homebrew app, an SD card reader, and an SD card are required. The tool can be found here.

The cmdline.txt file can be modified manually with a text editor such as Notepad and reinserted into the game. The first value (everything before ‘-csg’) defines the level path that the Epic Mickey launcher will load first. Alternatively, there is a tool for generating cmdline.txt files which can be found here. For help with modifying the file and reinserting it into the game, consult the Modifying Game Files page.

All level data is stored inside pak files located the packfiles directory of the game’s root.

.Level files don’t contain the level assets themselves, but rather, information about the level used to tell the launcher where to find the level assets and what resources are needed to load it. They can easily be viewed in a text editor. Below is a sample .level file:

These files are typically found in subfolders inside /Levels. They’re similar to .level files in formatting and can also be viewed in a text editor. They seem to include resources for smaller areas within levels and tend to have paths to .gsa files and soundbanks. Below is a sample .part file:

.GSA files are referenced all over Epic Mickey’s files, but you’d have a hard time finding them anywhere. This is because .gsa files are actually .bin files in the filesystem. They tend to be found in the Environments folder. They’re more what you’d expect a .level file to be, acting as a sort of executable for each level. Since these files are mostly binary, there is no known way to open or modify these. The launcher is proven to be capable of loading .gsa files on their own without a corresponding .level file, but this has only been tested to work with very few .gsa files. 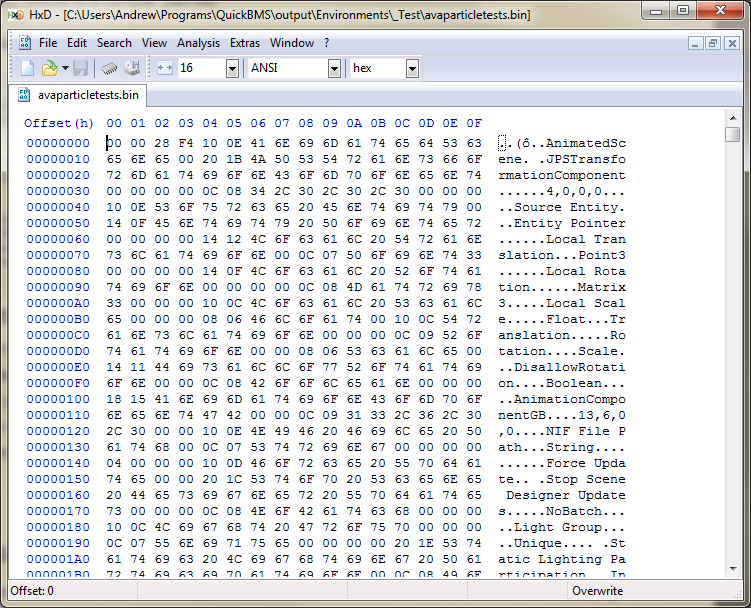